The competitors will have an opportunity not only to challenge themselves but also to study and experience Korean culture. This year, there will be 17 teams from 13 universities all over the world to vie with each other in the competition. To be selected as the candidates, those students are required to have at least a 3.0 GPA and a 5.5 band in IELTS. Also, they must be highly active in most academic activities of their colleges. 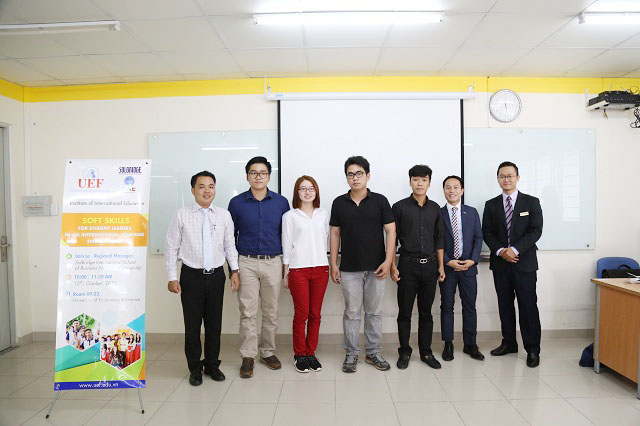 UEF representatives to take part in Solbridge International Business Case Competition
According to The Institute of International Education of UEF, all the expenses for joining the contest will be fully sponsored by Solbridge University. The competitors will also have an opportunity to visit one of the five largest cities in Korea – Daejeon city. This city has been considered as “Silicon Valley of Asia” in which a great deal of key research institutes of Korea is located. Although it is a city of technology, tourists can absolutely get impressed by the beauty of nature and the people there.
Moreover, UEF students will also have a chance to take part in the  Semester Abroad program of Solbridge International School of Business. Besides, two fully funded scholarships and five half funded ones will be awarded to the participants.
Tags:
RELATED NEWS
A glance at UEF enrollment in 2021
UEF welcomes students of Bilingual Canadian International School to exchange and experience
Is it possible to get a UK Bachelor degree without going abroad?
Job opportunities for students in Chinese language
UEFers sending meaningful wishes through exciting Japanese New Year card-making experience
Hospitality Management flourishes again
UEF students of the British bachelor program gets hands-on practice at Caravelle Hotel
UEF congratulates Royal School on becoming a member of Cambridge International Schools
UEF welcomes over 100 researchers at ICSES2020
Erasmus Scholarship: More Learning Opportunities In Denmark For UEF Lecturers And Students