On the afternoon of October 5th, Ho Chi Minh City University of Economics and Finance had the honor of welcoming Prof. Sc.D Bui Van Ga - Deputy Minister of Ministry of Education and Training along with his delegation for their visit at UEF.

UEF Board of Management including Dr. Kieu Xuan Hung - Chairman, Mr. Do Quoc Anh - Vice Chairman, Dr. Nguyen Thanh Giang – President, and other members of the Board as well as leaders from the University Departments presented at the intimate greeting ceremony and at Mr. Deputy Minister’s orientation speech. 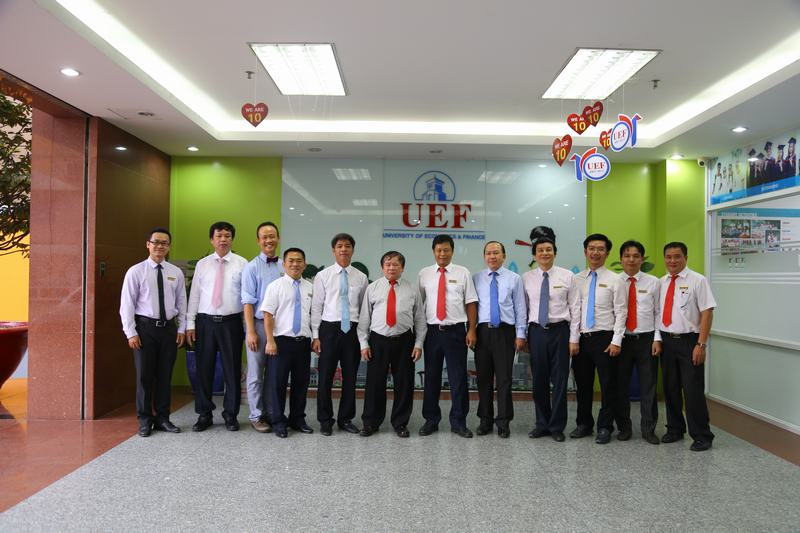 On the afternoon of October 5th, Prof. Sc.D Bui Van Ga - Deputy Minister of Ministry of Education and Training along with his delegation paid UEF a visit. 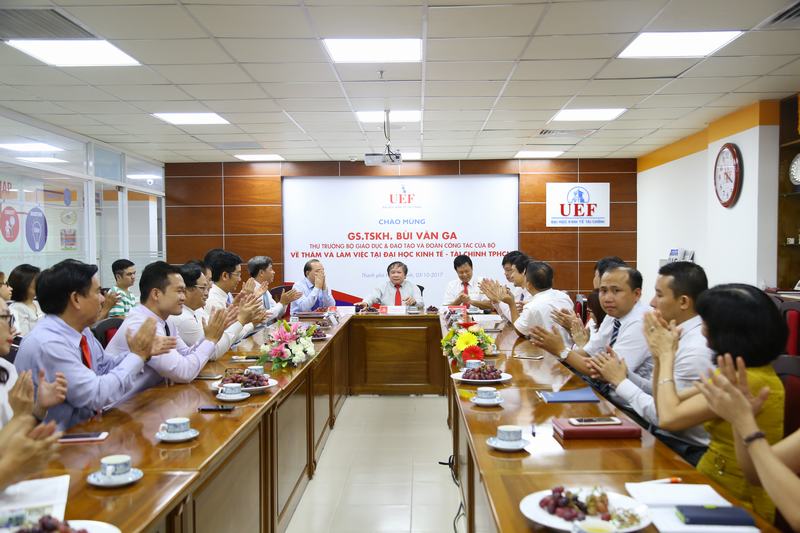 Mr. Bui Van Ga during his meeting with UEF leaders 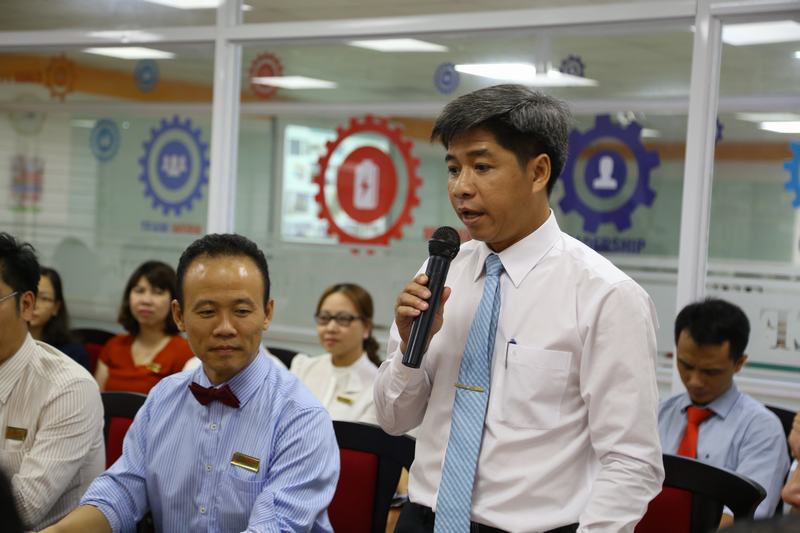 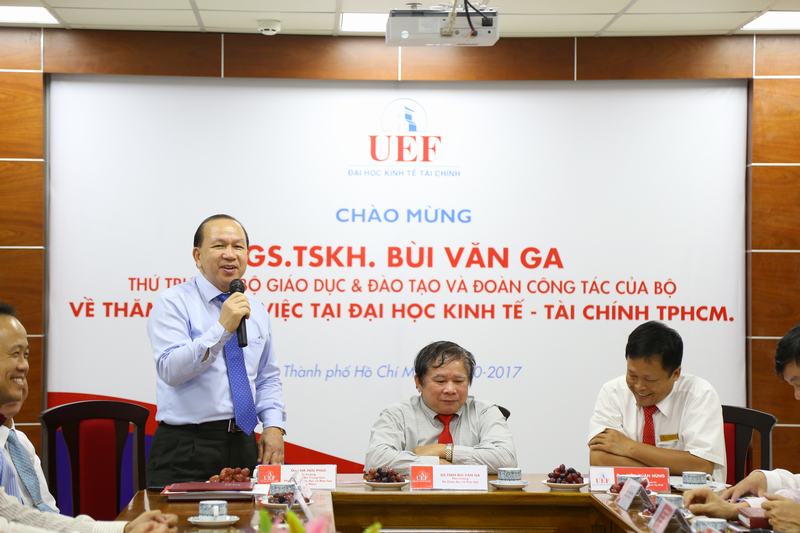 Dr. Ha Huu Phuc – Director General, Director of Center for Education Development (under Ministry of Education and Traning), affirmed that the internationalization strategy at UEF is a highlight in its academic activities.
Opening the meeting, Dr. Nguyen Thanh Giang, UEF President, briefly reported UEF academic and training operations, from initial challenges to the development of the education scale, the academic achievements in the internationalization of higher education, the establishment of the teaching staff, admissions, construction, the improvement of the facility, the expansion of business relationships, the post-graduation employment rate… as well as future objectives. 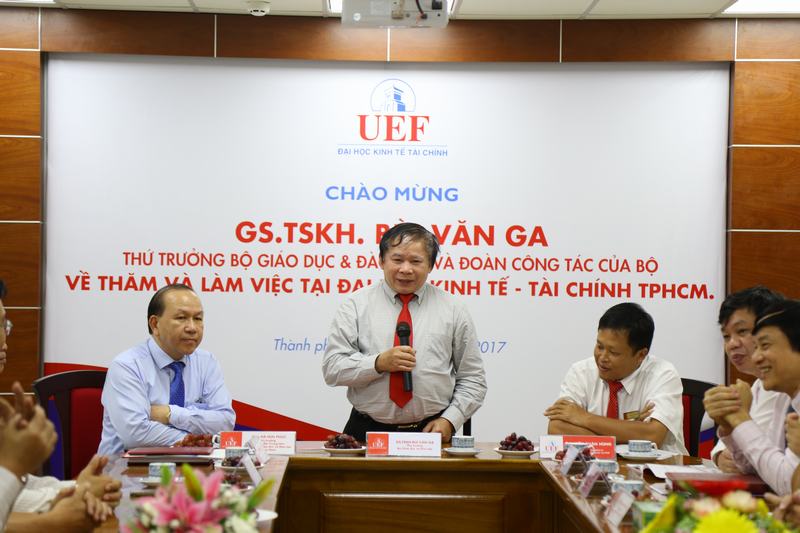 After the working session, Deputy Minister Bui Van Ga and his delegation made a tour of UEF facility reserved for its training and researching activities. Aside from its Headquarters at 276 Dien Bien Phu street, UEF is planning on openning a new campus in Binh Thanh district as well as promoting the Southern Sai Gon project. 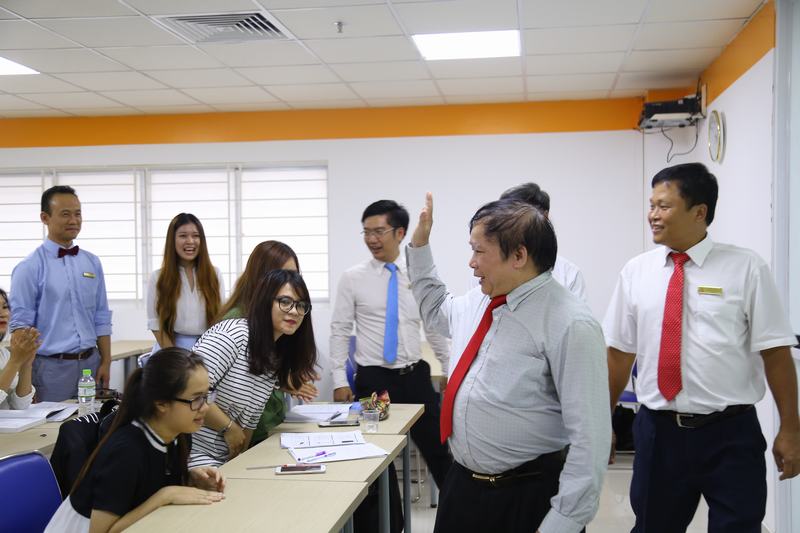 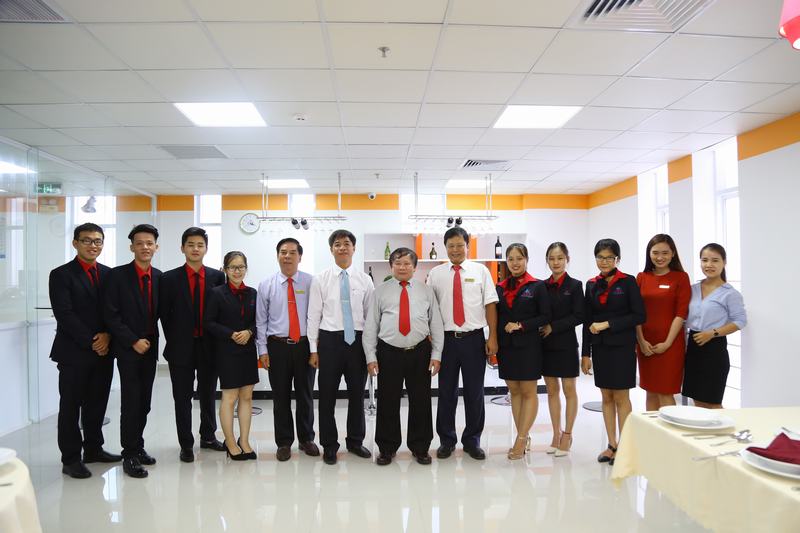 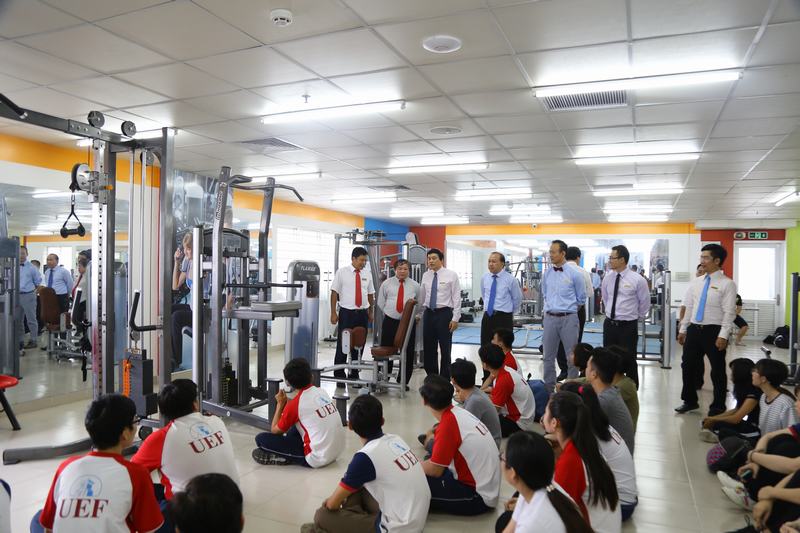 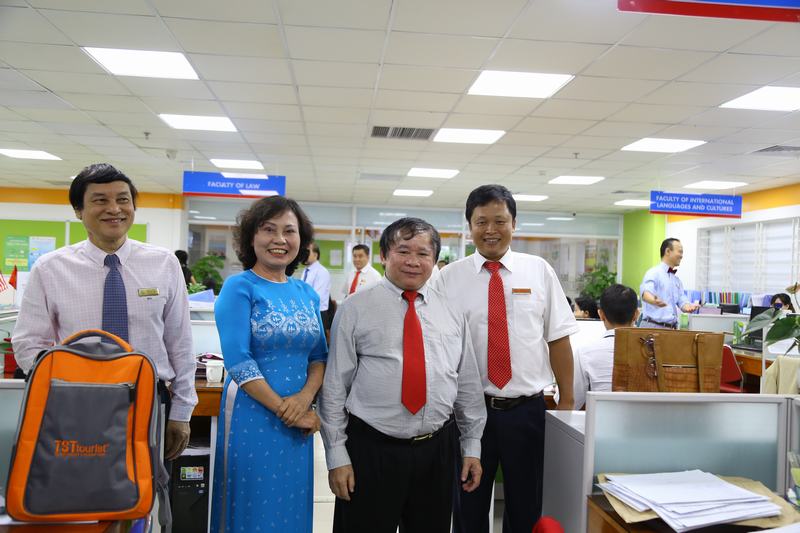 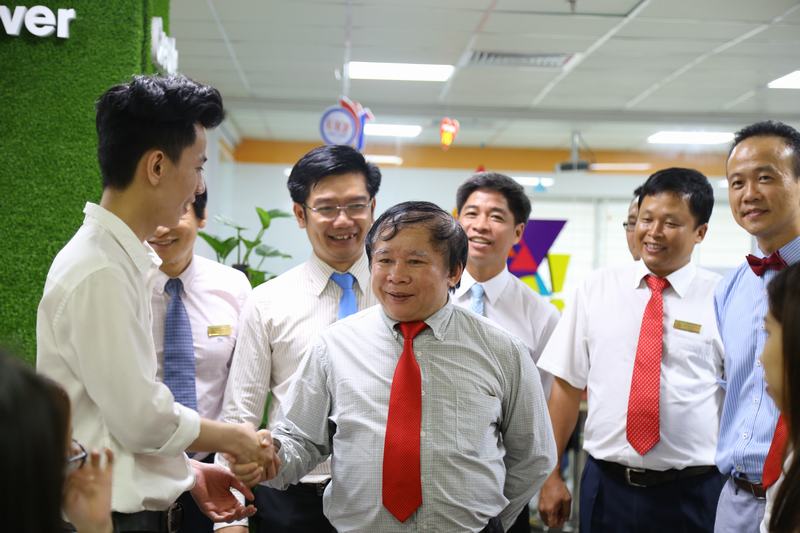 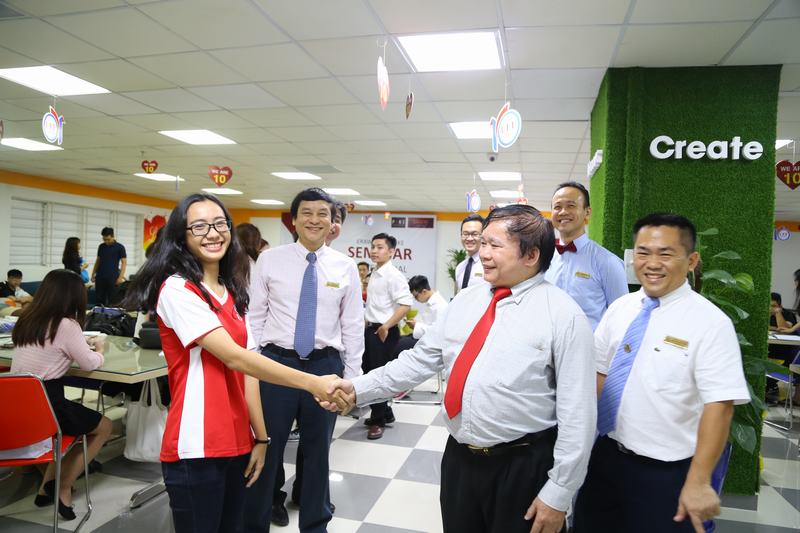 Deputy Minister Bui Van Ga and his delegation made a tour of UEF facility, meeting representatives from the departments, faculties, institutes, centers as well as UEF students themselves.
It can be said that the visit of Deputy Minister Bui Van Ga and his delegation at UEF proved the concern and confidence of Ministry of Education and Traning in UEF. Such close and devoted orientation from the authority  shall be the lodestar for UEF to direct itself into sustainable development and to establish its brand, assuring its reputation to the community.
Tags:
RELATED NEWS
UEF and Swinburne University of Technology (Australia) discuss launching articulation program
ChungKang College of Cultural Industries Korea proposes partnership with UEF
Cooperation prospects between UEF and Ritsumeikan Asia Pacific University - Japan
Workshop on university leadership by Vice President - Ludwigshafen University
UEF and ESC Clermont Graduate School of Management, France partner to launch articulation program
Vietnamese TOPIK Intensive Camp - cooperation between UEF and Wonkwang Health Science University
UEF honourably welcomes the UK’s Minister of State for the Foreign & Commonwealth Office
Ohio University (USA) proposes partnership with UEF
City University of Seattle (USA) develops dual degrees program at UEF
The University of Arizona (USA) discusses plans to establish micro-campus at UEF