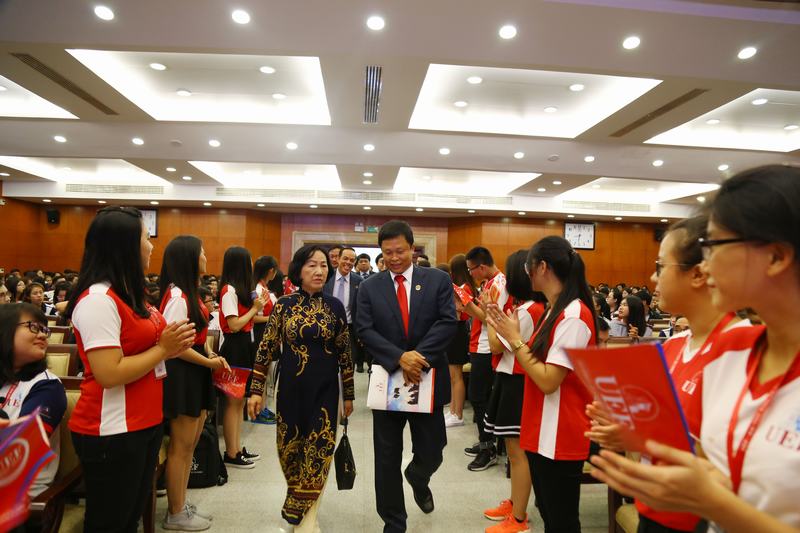 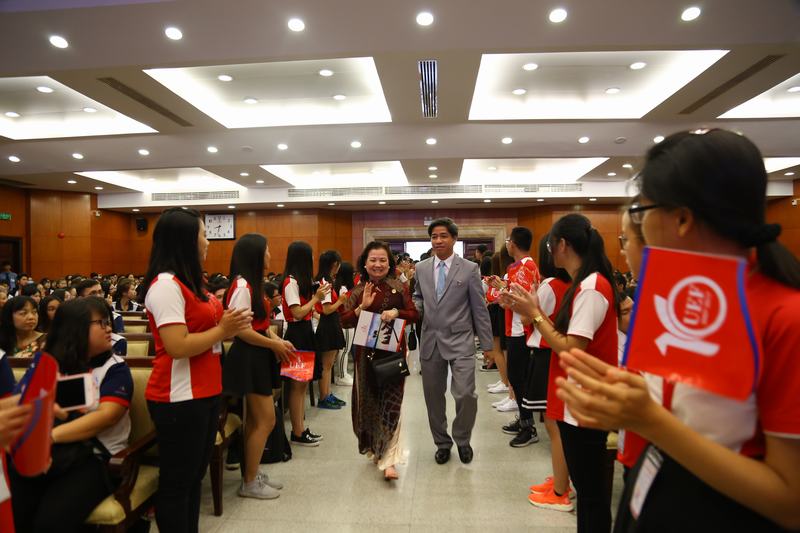 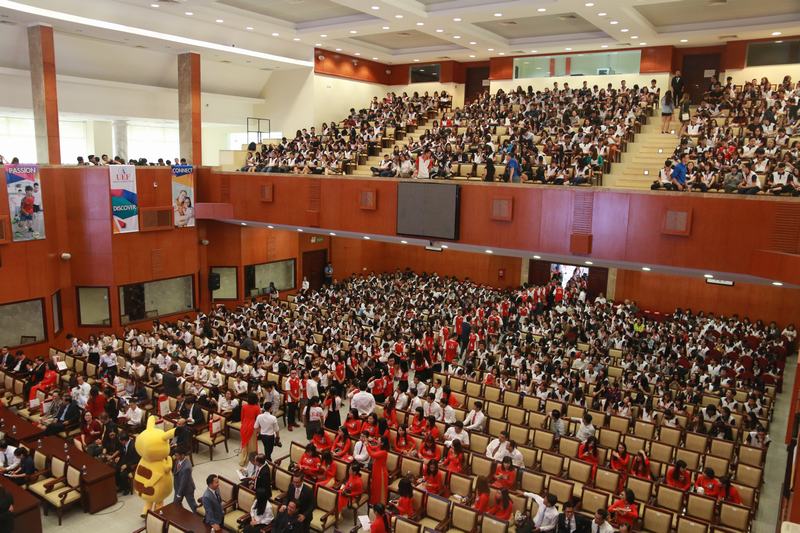 The ceremony took place at the City Hall - the place for many major events
In the ceremony, Dr. Kieu Xuan Hung – Director of the Board of Administration of UEF said: “Ten-years of a university is still considered ‘young’. However, with consistent and whole-hearted effort of investors, leaders of the university, office staffs, lecturers and employees of all time, UEF has always pursuited high quality education following international standard; now became the a prominent university in the south and nationwide. Over the past 10 years, the university has provided thousands of knowledgeable, skilled and qualified professional human resource to large corporations, organizations in Vietnam and in the region. " 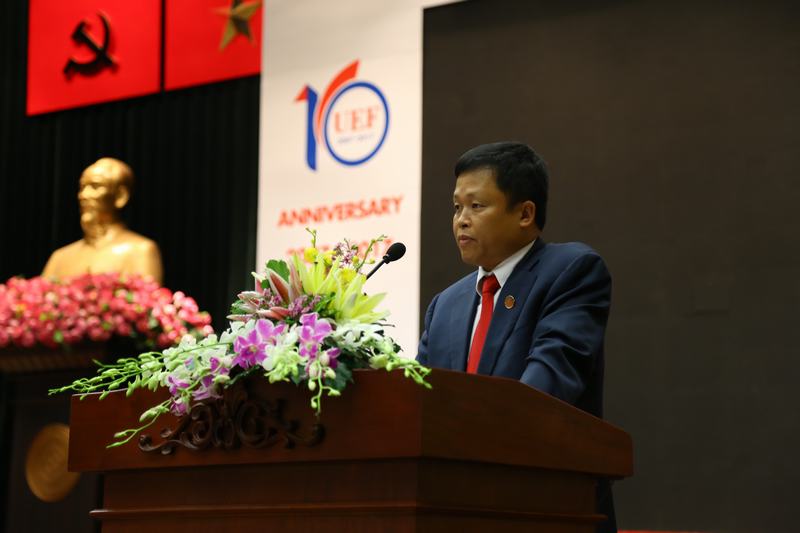 Dr. Kieu Xuan Hung, Chairman of UEF's Board of Directors, gave a speech at the ceremony
UEF is honored to receive the Third Labor Medal under Decision No. 1619 / QD-CTN of the President, the Certificate of Merit from the Ministry of Education and Training and the Traditional Flag of HCMC People's Committee. This is considered a worthy recognition for the contribution of the university in the education, successful completion of training, scientific research, fostering talents for the industrialization and modernization of the country. 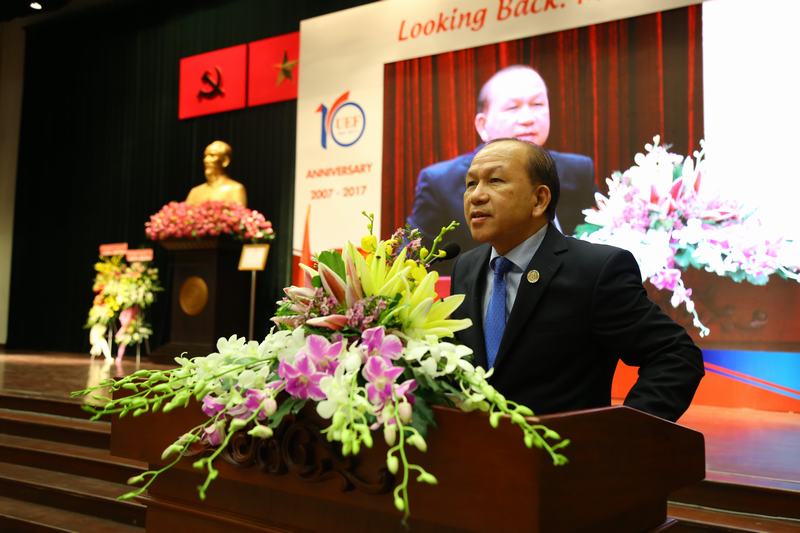 Mr. Ha Huu Phuc - Director, Head of the Education and Training Development Center of the South, recognized and highly appreciated the achievements of UEF in 10 years of development 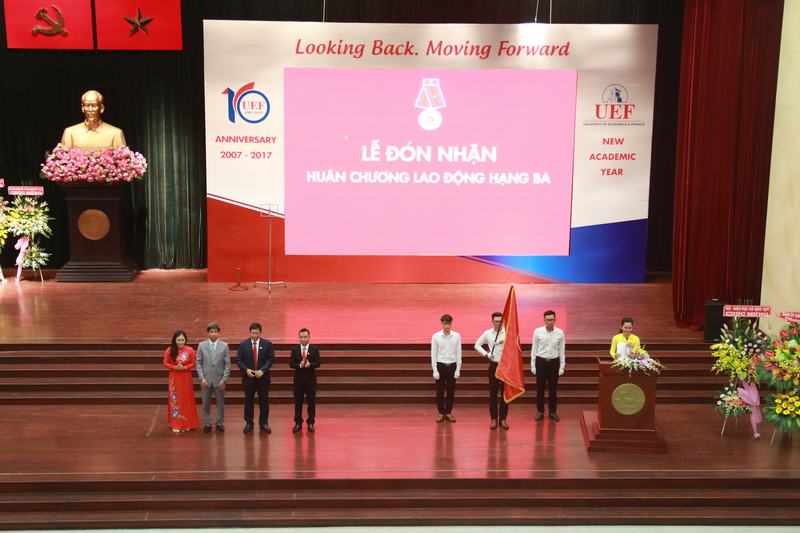 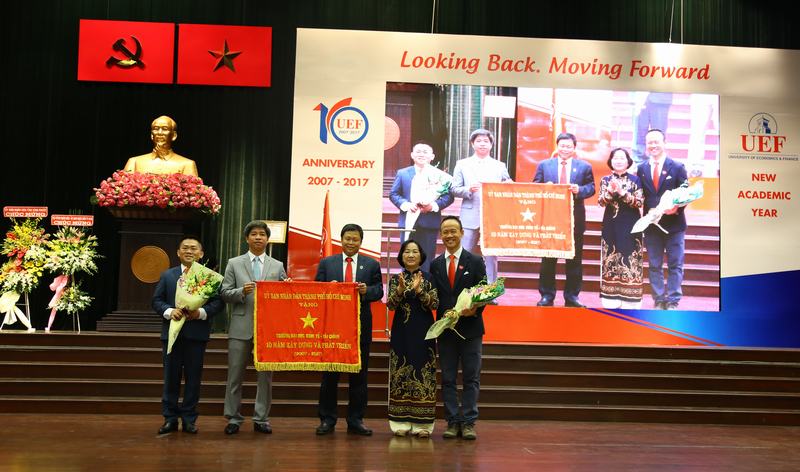 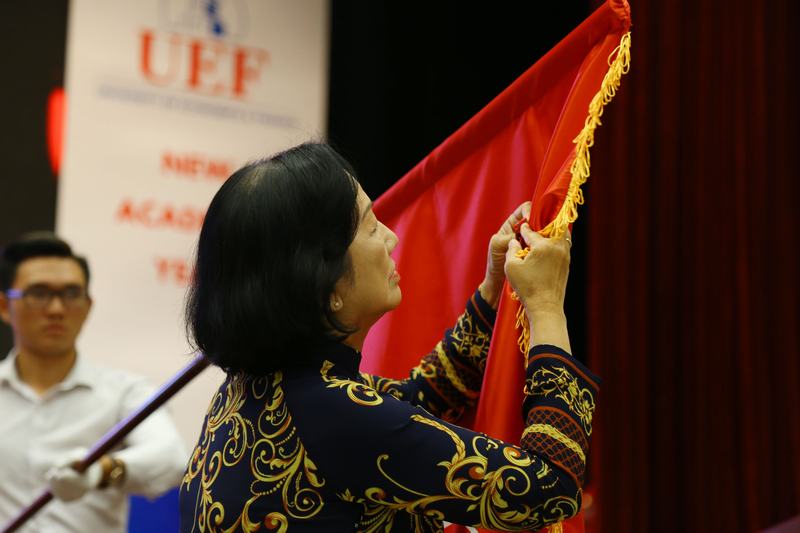 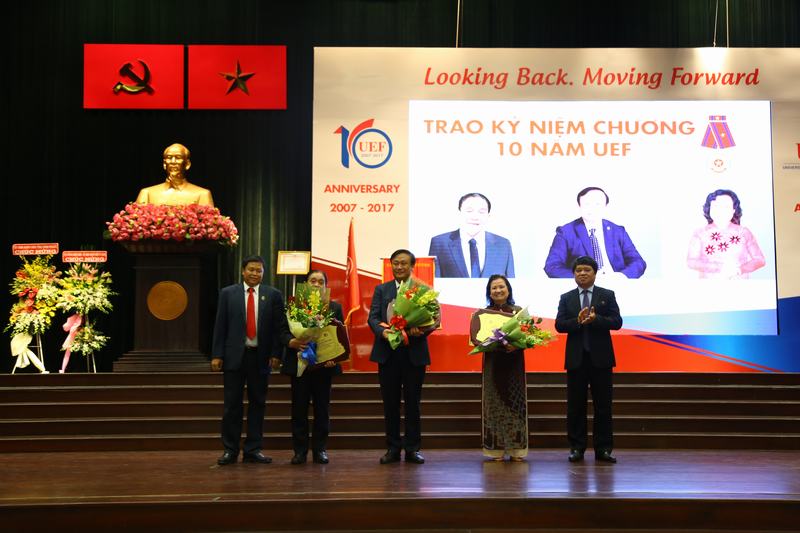 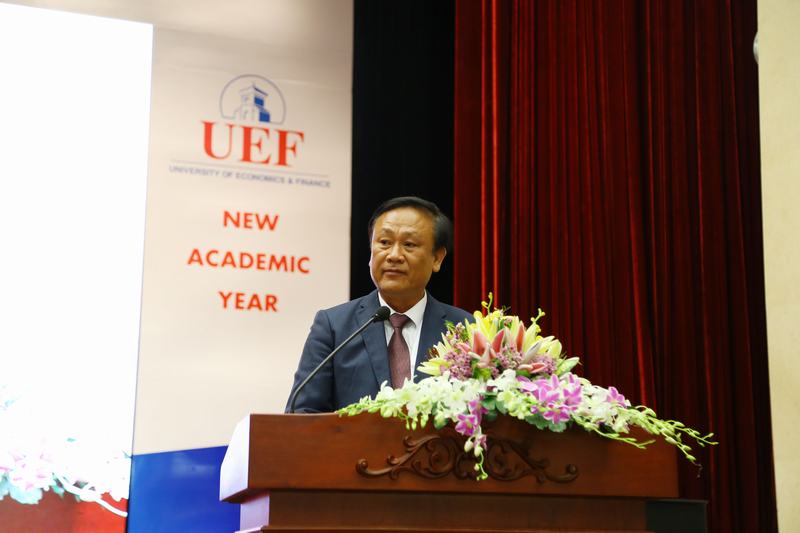 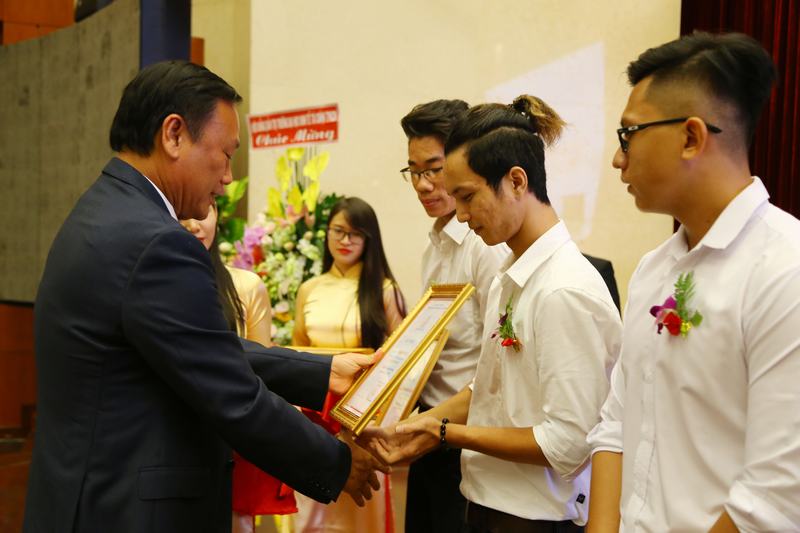 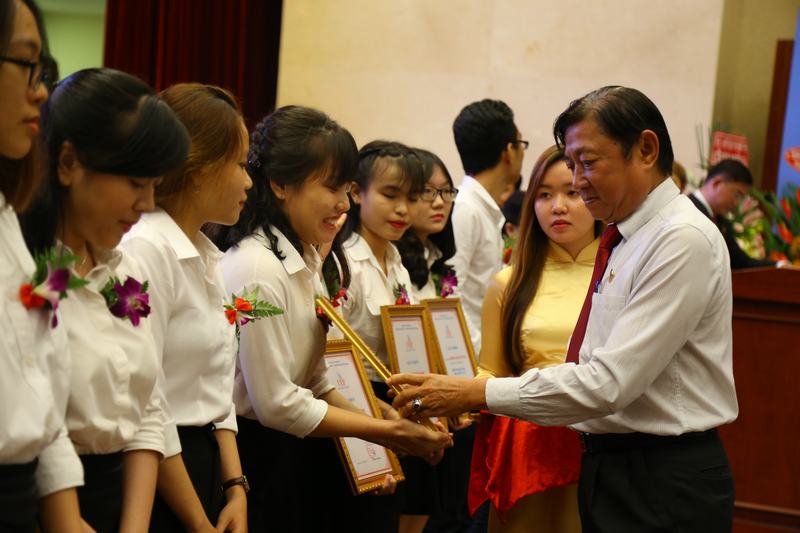 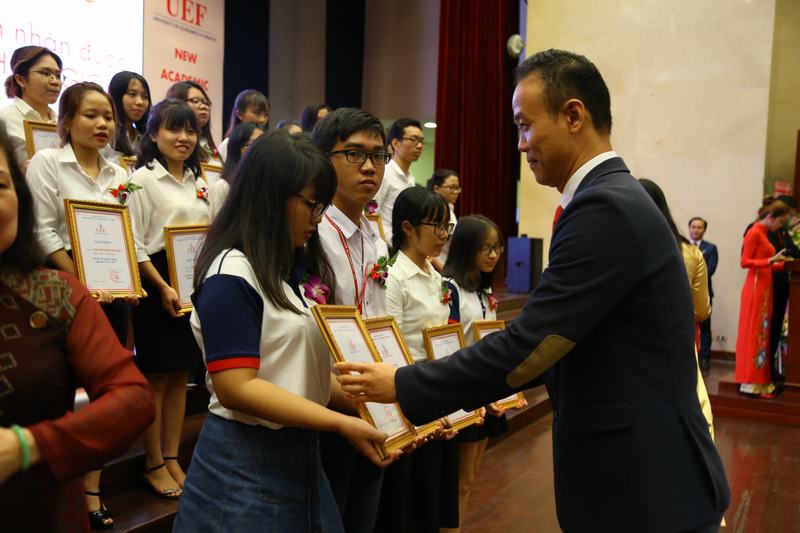 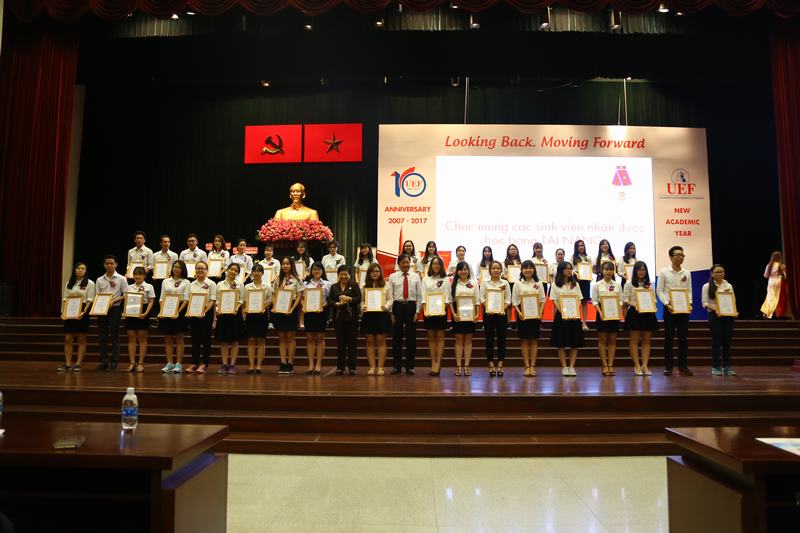 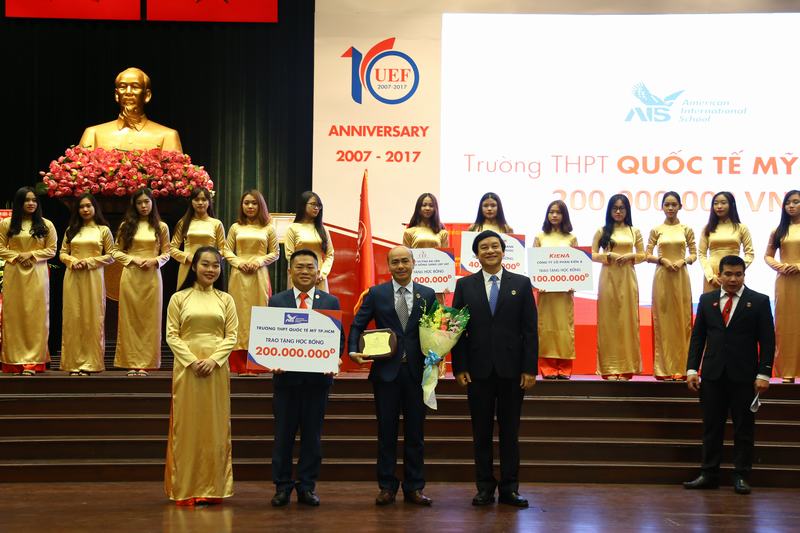 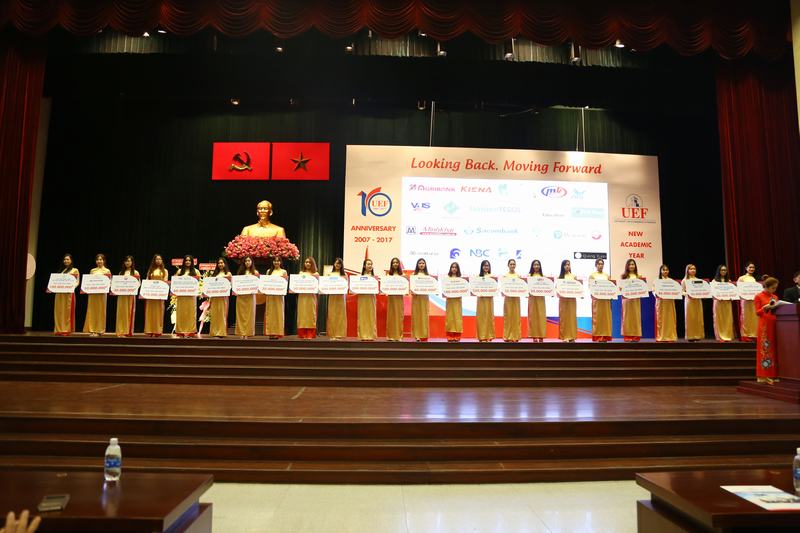 Especially, at the opening ceremony, 24 enterprises also awarded scholarships in cash and in kind to the Scholarship Foundation of UEF with a total value of more than 2 billion for talented students and excellent ones who encountered difficulties. 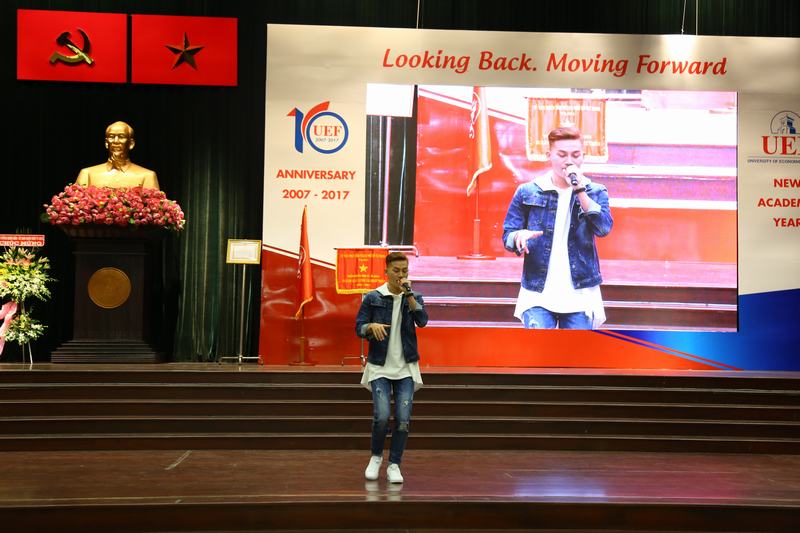 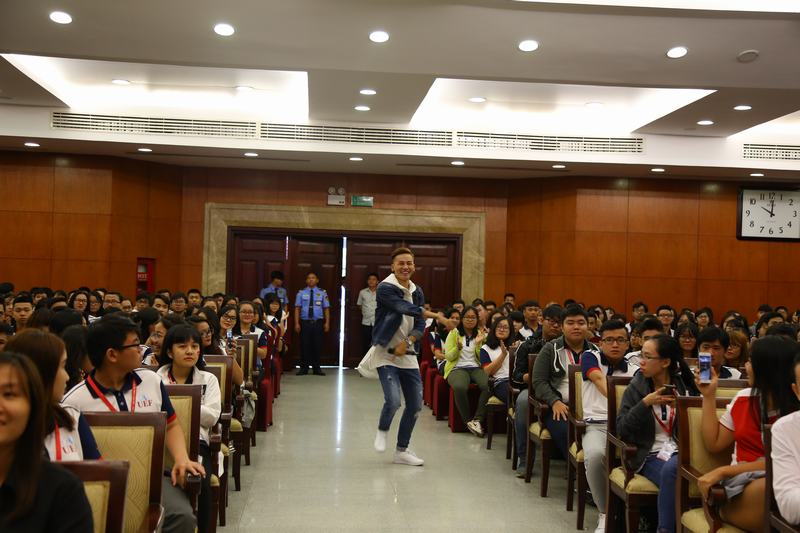 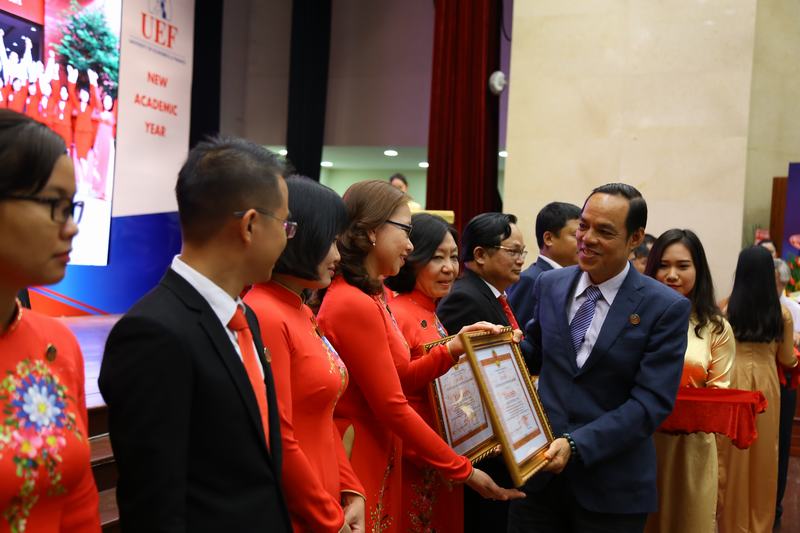 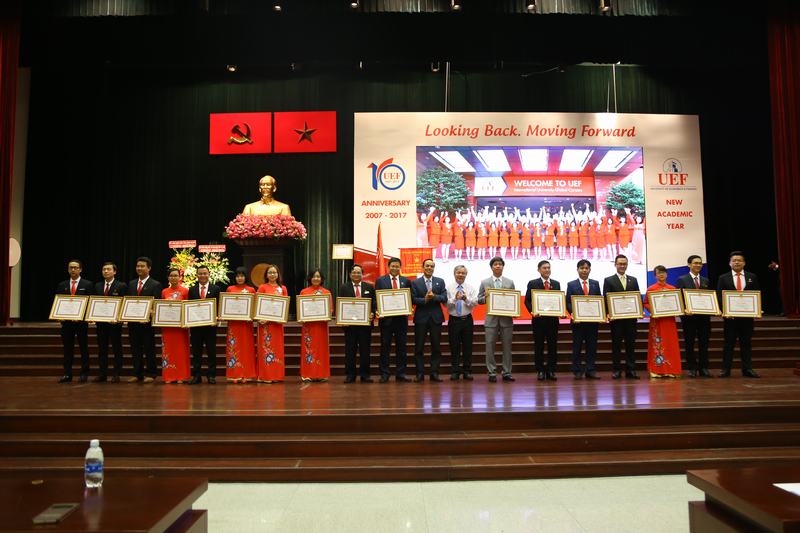 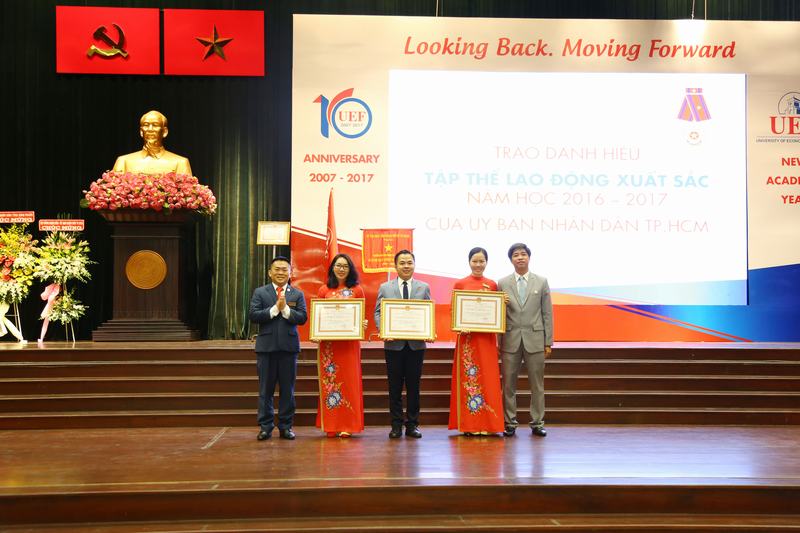 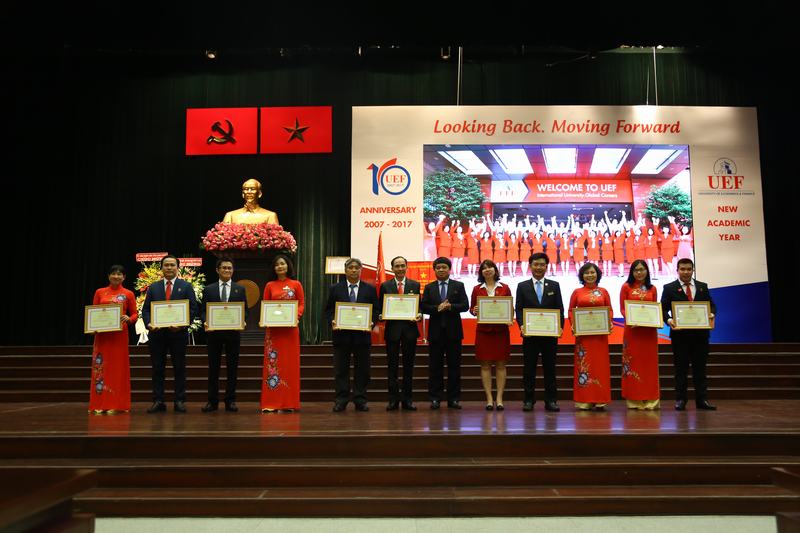 Certificates of merit from the People's Committee of Ho Chi Minh City and the Ministry of Education and Training are awarded to the collectives and individuals for their great contributions to the training and excellent achievements in the academic year of 2016-2017. 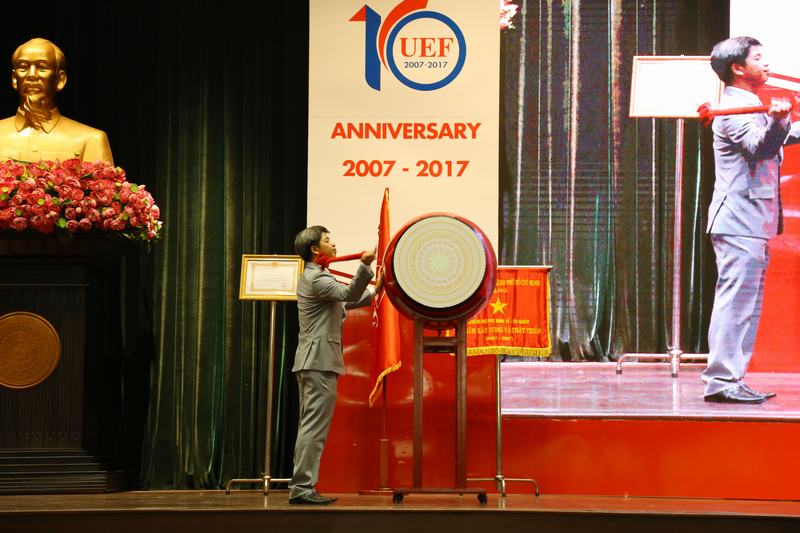 The echoing sound of the drum welcome a promising academic year.


Founded on September 24, 2007 (under the Prime Minister's Decision No. 1272) as private university, UEF aim to train high quality human resources to meet the needs of the society. 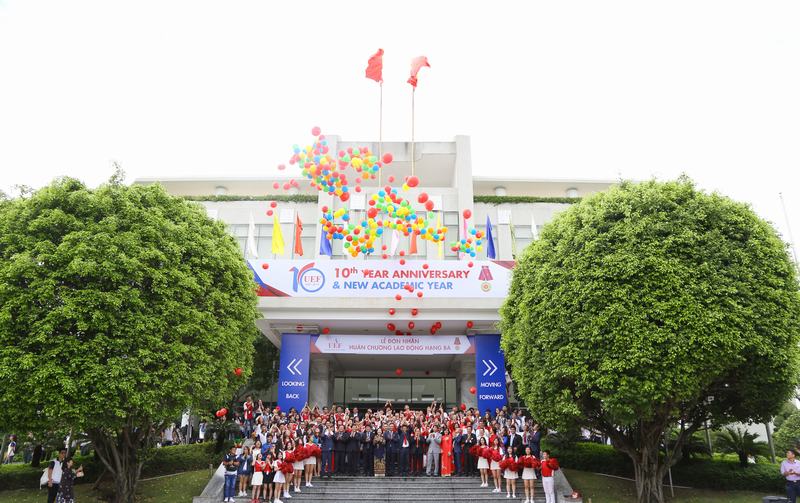 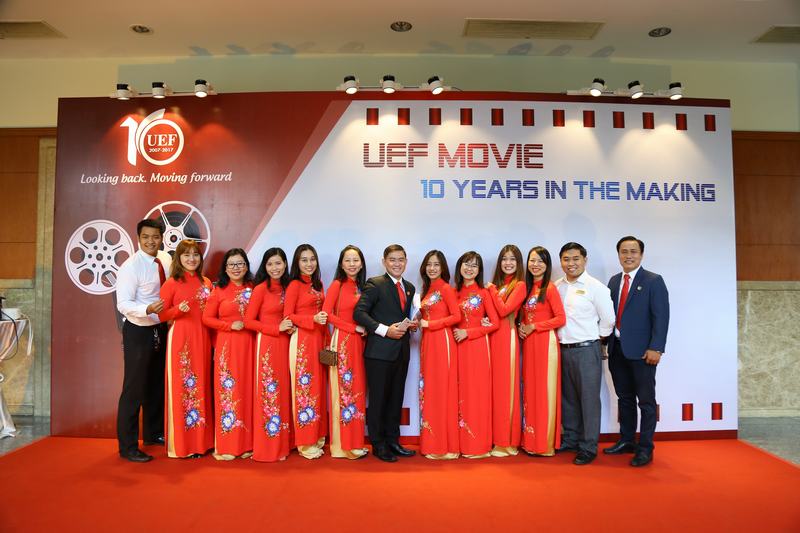 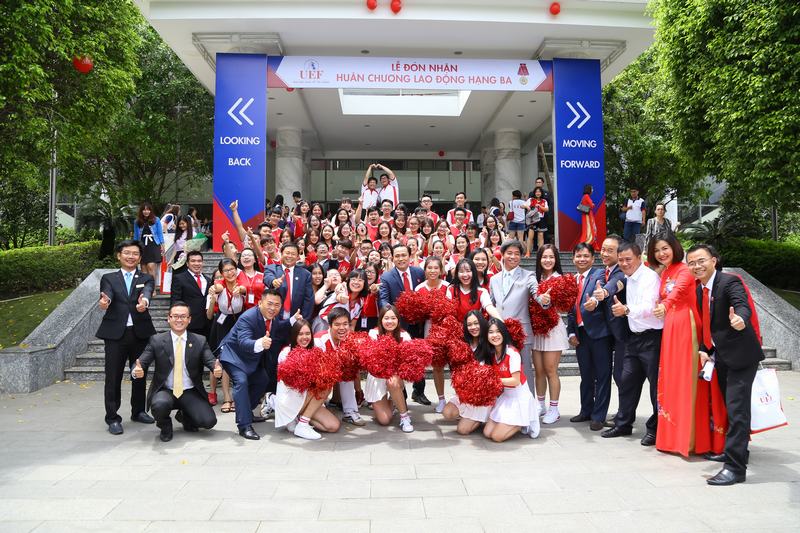 We wish UEF, at the age of 10, always ambitious, creative and aiming for the future.

Through 10 years of training and providing thousands of high quality human resources with expertise, excellent skills and proficiency in foreign languages for enterprises. According to the latest statistics of the Center of Enterprise Relations, after graduation, over 90% of students  were employed without having received official certification, of which more than 60% are retained by enterprises during the internship. Notably, most of the students are currently working at reputable banks, corporations, leading economic groups; many of them are successful entrepreneurs with executive roles.