In the afternoon of Sep 12th, Ho Chi Minh City University of Economics and Finance welcomed and worked with the Vice-President of Sunway University. The meeting opened up new collaboration opportunities between the two universities, especially expanded new study abroad destination for UEFers. 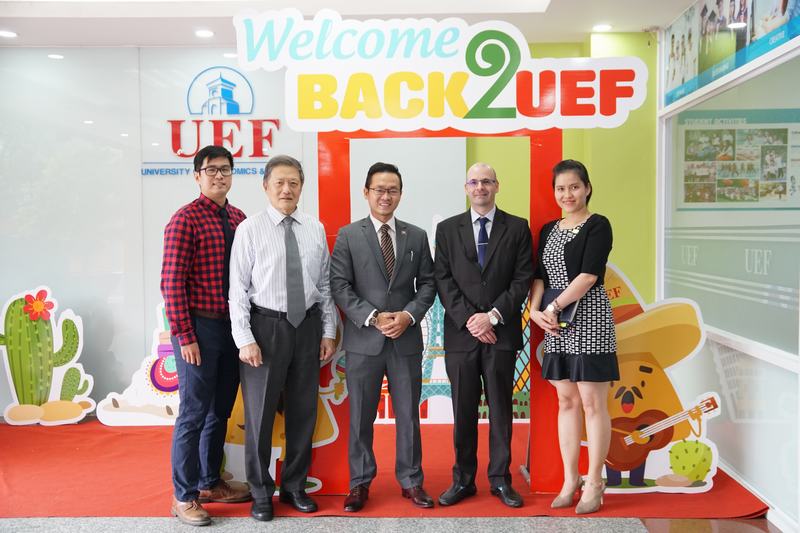 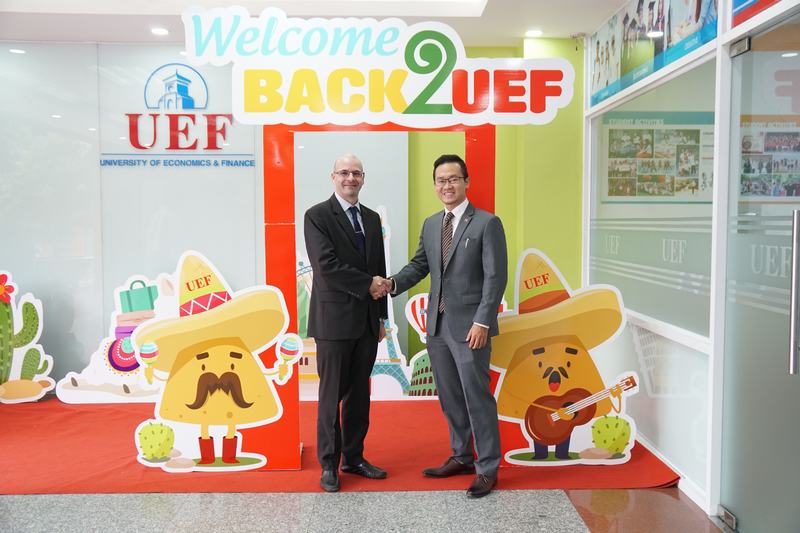 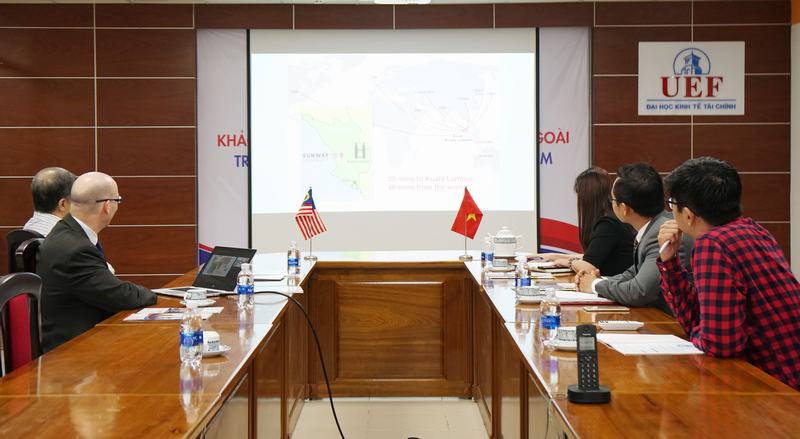 The two universities discussing plans for cooperation
During this visit to UEF, Prof. Peter Heard, the Vice-President who is in charge of all academic-related matters of the University, had a meeting with Institute of International Education to learn more about the curriculum and collaboration opportunities. The two parties agreed upon the training program, in which UEF students majoring in Business Administration can transfer to Sunway University after 2 years at UEF to receive a degree from Sunway University or a double degree - one from Sunway, one from Lancaster University (UK). Many universities in the United Kingdom, the United States, Switzerland and Australia have already accredited UEF as their international partner in the past few years. UEF doesn’t have many partners in Asia, and if everything goes as planned, Sunway will be the first university in Southeast Asia to offer UEF students opportunities to study articulation program. With its research-oriented nature, Sunway could invite UEF’s lecturers to join the research team. However, at this moment, the two universities will continue to develop student exchange program through international semesters and cultural exchange weeks. By the end of 2018, UEF expects to send its very first group of students to Sunway University to experience the short-term international academic program. 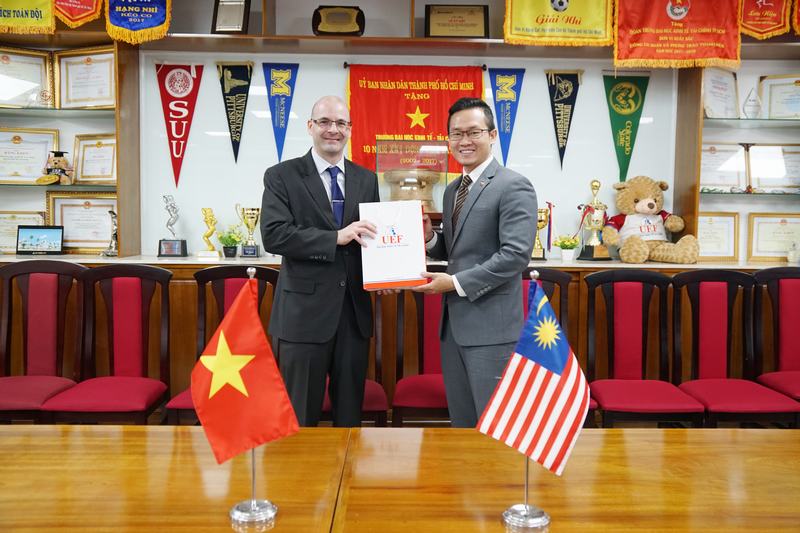 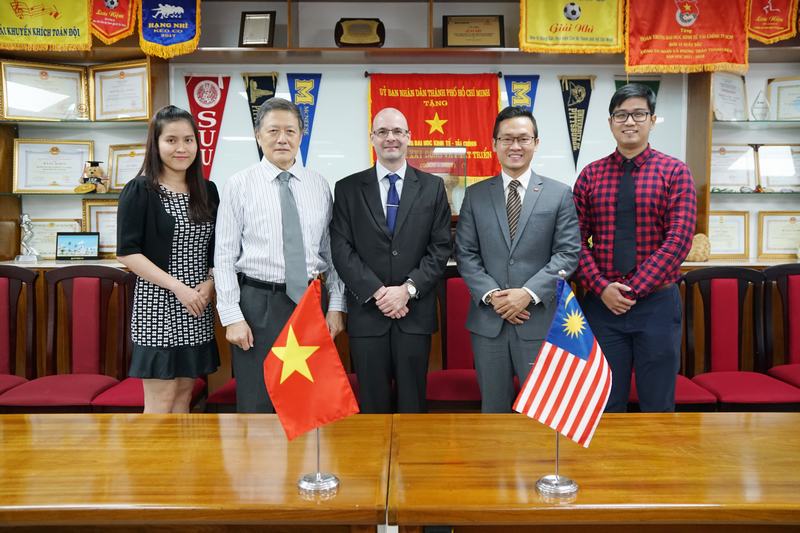 Dr. Loc Do giving Prof. Peter Heard souvenir marking the collaboration between the two universities
Sunway University is part of the Sunway Group. On this occasion, UEF’s representative, Dr. Loc Do, Director of the Institute of International Education, also proposed the idea of sending UEF students majoring in Hospitality to Sunway Group’s companies for internship. 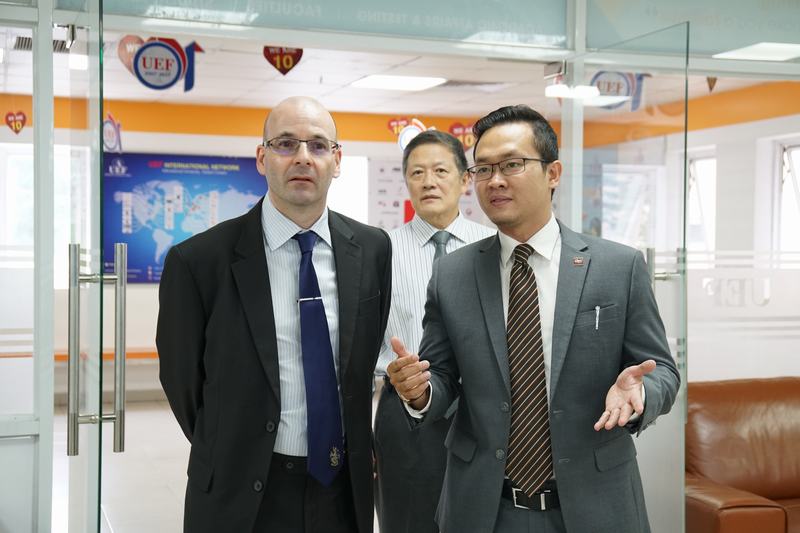 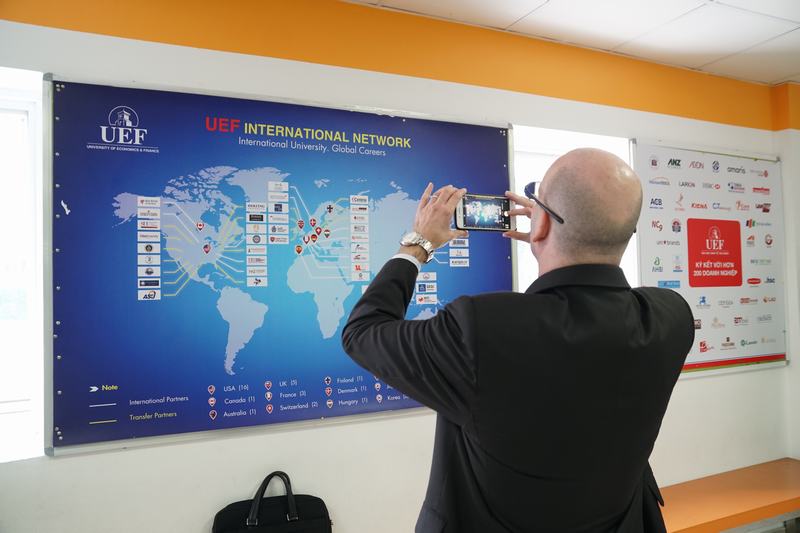